The main drive enters the gardens past a Norman Shaw Lodge, and through an archway designed by Charles Voysey in 1901.

The gardens were very much enlarged in 1865 and now cover sixty-nine acres. The layout is based on three avenues of oak, cedar and Lombardy poplar, within and around which are a mass of specimen trees and flowering shrubs. In the spring the gardens are carpeted with daffodils, anemone, cowslips, fritillaries, bluebells and other wild flowers.

In addition to the formal gardens and lawns to the front of the house, features include a Pulhamite rock garden assembled in 1879, an herbaceous border in the centre of which is a sundial reminding us “that day is wasted on which we have not laughed”. There is also an arbour of pleached lime trees, a wild garden and a large number of ornamental trees. Nearby is the cemetery where the animals of the house are buried. The most distinguished gardener to work at Madresfield was William Crump. He came from Blenheim Palace where he had raised the Blenheim Orange Melon. The late dessert apple named after him, a cross between Cox’s Orange and Worcester Pearmain, won the Royal Horticultural Society’s First Class certificate in 1910, and this was followed by the Madresfield cooking apple and other fruits. He died in 1932 aged eighty-nine.

The tours start from the heart of the gardens and although they are not part of the guided tours, written guides are available for information and exploration of the gardens before or after your tour is recommended. 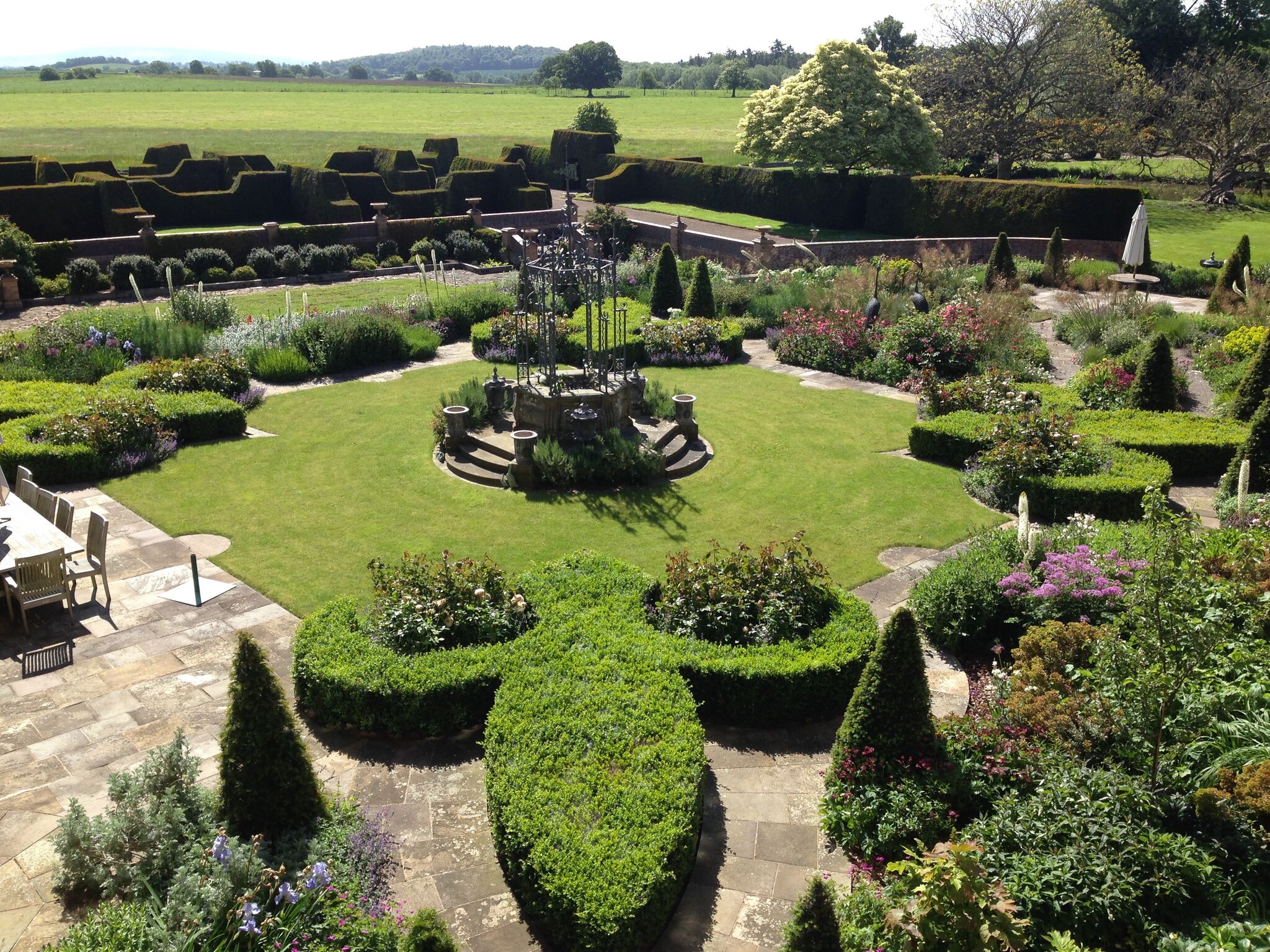